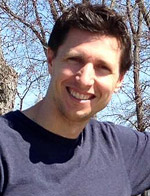 Scientific AmeriKen (with founder, Ken Seldeen), made its debut in 1996 with ground breaking discoveries in Mentos candy. Since then, over 100 experiments were performed in various sciences, including biology, chemistry, psychology, physics, computer science, culinary arts and more. Scientific AmeriKen continues to strive towards one purpose: Seek knowledge in the sciences, across multiple disciplines, for the benefit of humankind.

The goal was to create an outlet to involve himself in his new career path of science while at the same time practicing and fine tuning web development skills. Nearly 20 years later the goals stay constant and further expanded with a PHD in biochemistry and molecular biology in 2009, foray into the science of aging and further development of his web programming skills (MOTLOOK-2006, BioZipDB-2007, Mustrax-2011 and Labtrax-2012).

As Scientific AmeriKen moves into the 20-tweens we can expect a further drive to bring more real laboratory science to the covers of this webzine. Scientific AmeriKen recently ended a postdoctoral position in biophysical chemistry to take up a new position in geriatric research. His current projects seek to expand healthy aging through better understanding the impacts of diet and exercise on the aging process. 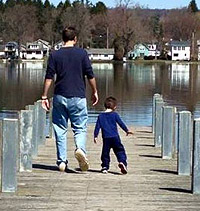 So prepare for the next generation of Scientific AmeriKen Webzine!
To learn more of the past - following these year end reviews and more: